What Is Wordworm And How To Treat It

Woodworm is a general term for a variety of wood-boring insects, but it is most often associated with the furniture beetle. All wood-boring insects are generally referred to as “woodworms,” and there are four major groups that can be found in a property’s timbers:

All of the above can cause considerable damage with the two main being the Common Furniture Beetle (Anobium Punctatum) and the House Longhorn Beetle (Hylotrupes Bajulus).

How Do You get Woodworm?

Both of the above species’ females will lay their eggs in damp, nutritious wood, which is usually recently felled trees. After that, the larvae will burrow under the soil.

The Common Furniture Beetle has been known to infest seasoned wood depending on heat and humidity, and can hide for up to three years before pupating and emerging as an adult.

The House Longhorn Beetle takes up to 8 years to pupate and is the most damaging due to its size.

All wood boring insects feed on the nutrients in the wood, so as the wood dries out and the timber seasons, the insects leave to begin the breeding cycle all over again. The Death Watch Beetle (Xestobium Refovillosum) is a hardwood beetle that gets its name from its frequent appearance in church oak beams.

Finally, the Wood Boring Weevil loves damp conditions and is usually found where the wood has started to decompose due to wood rotting fungi.

How Do I tell If I Have Woodworm?

After the insect has left, you discover you have an infestation for the first time. It would have eaten its way through the wood, destroying the internal structure, before emerging through a flight hole and leaving ‘frass,’ a powdery or coarse dust around the hole. These flight holes can range from 1 to 10mm in diameter, depending on the type of insect.

An outbreak in the 1960’s of Longhorn Beetle in Surrey, soon spread to the local Shepperton area which subsequently led to a change in building practices nationwide, with all construction timber thereafter being pre-treated.

How Do I Treat Woodworm?

It is quite rare for an infestation to reoccur, as the beetle would have left once there is no nutritional content in the wood and contrary to popular belief, it is unlikely that an infestation of neighbouring timbers occurs. However as a specialist timber treatment company we recommend treating all exposed timber as a precautionary measure and mortgage lenders also frequently request this.

If you have had a severe infestation of Common Furniture Beetle or especially Longhorn Beetle, it is worth having the integrity of any structural timbers checked, especially before you plan to move or commit yourself on a purchase. All of the above information needs to be taken into account when you want to know how to treat woodworm. 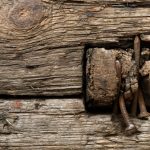