Condensation is found in almost every home in the United Kingdom. It can be a significant cause of water damage since it is the most common cause of excessive moisture and black mould in buildings.

Thankfully, there are condensation treatments available that homeowners are using to combat the problem. These therapies come in a variety of forms and can help with any degree of severity.

Why Is It A Problem?

Condensation can occur in your home due to a variety of factors, including boiling the kettle or simply breathing. The amount of moisture in the air, which is produced by daily life, is the sole cause. The more moisture is present in the atmosphere, the colder it is. This is why warmer, humid areas have an abundance of moisture.

You could be living in an unhealthy atmosphere if there is a lot of moisture in the air. Moisture will encourage the growth of black mould, which is harmful to your health. Not only that, but it has the potential to cause your wallpaper and decorations to peel off the wall, resulting in future repair costs. As well as this, you can often be left with a musty smell in the air  and damaged fabrics as a product of excessive moisture in the air.

As experienced engineers that deal with condensations daily, we have seen some very severe cases where excessive condensation has even caused permanent damage to the plaster and timber of a property.

High levels of moisture and the result, condensation, are largely due to some standards of living we take for granted such as double glazing, insulation, and draught proofing. These all help to retain heat in your home and can result in buildings suffering from poor air ventilation and therefore trapped moisture.

What Causes Condensation In The Home

If you believe your property may have a condensation problem, it is best to contact us so we can arrange a visit and assess the condition. Below we have mentioned some of the most common root causes we come across.

Most commonly, condensation is visible around windows, specifically double glazing.

How To Solve A Condensation Issue

Unfortunately, it’s doubtful that a home in the United Kingdom would not experience condensation at some stage. This is mostly due to the fact that, particularly in colder weather, we prefer to close our windows.

Our experienced engineers are able to assess the damage caused in your home by condensation. If you are a homeowner in Exeter, Newton Abbot, Taunton or the surrounding areas, then contact us to get in touch with our expert team. 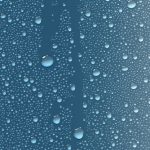 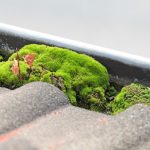